Qatar 2022 will be remembered as the World Cup where abuse, corruption, and injustice were all normalised in our sport.

Tell the FA to take a stand and support the #PayUpFIFA campaign for the families of migrant workers.
Email the FA
Tweet The FA
WHY THIS ISN'T FOOTBALL

With a dreadful human rights record and a range of discriminatory laws against the LGBTQ+ community, Qatar should never have been a realistic choice to host a World Cup. Since their successful bid, things have only got worse, with reports of countless labour and human rights abuses that have led to thousands of unexplained deaths, serious injuries and loss of incomes.

As the representatives for English football at the World Cup, the FA is in a powerful position to pressure FIFA. So far, they have only offered lip service to calls for compensation, but stopped short of calling for FIFA to create a remediation fund for the families of migrant workers that suffered death, injury or loss of income.

WHAT MUST FIFA DO?

FIFA is responsible for selecting host nations. The situation in Qatar was clear at the time - FIFA must shoulder the blame for the abuses faced in its name. This is why FIFA must:
‍
1. Abide by its own human rights policy and create a remediation fund of $440 million for families of migrant workers who have lost their lives and livelihoods
‍
2. Enhance and strictly implement its human rights criteria for future World Cups 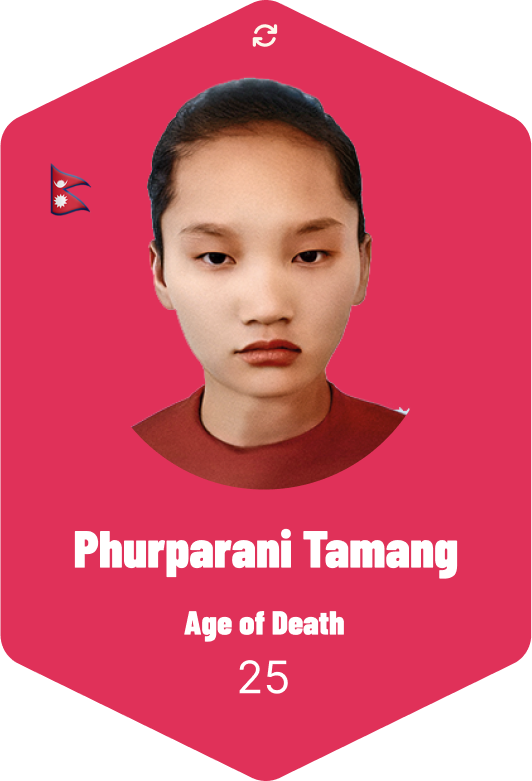 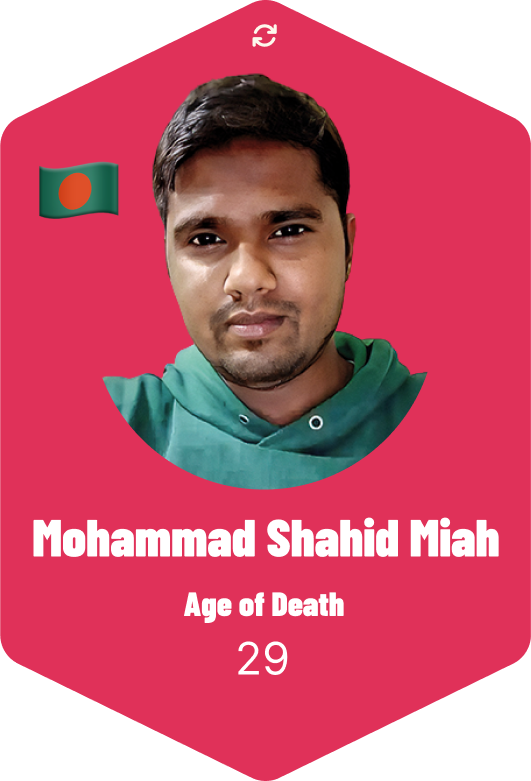 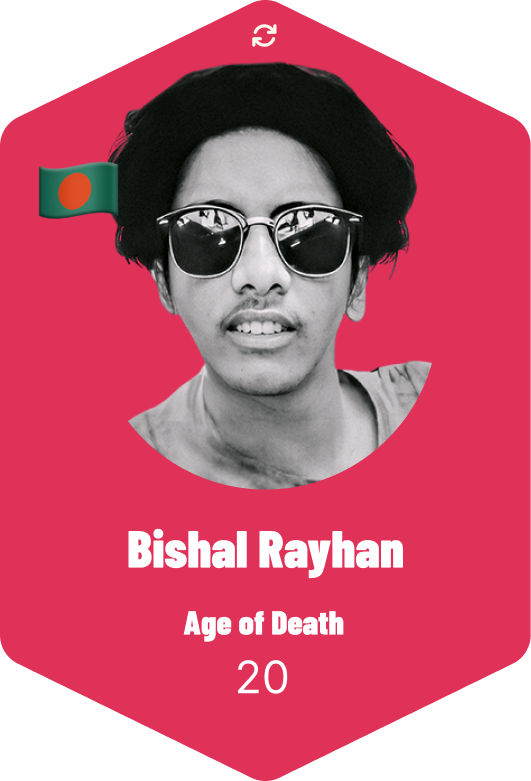 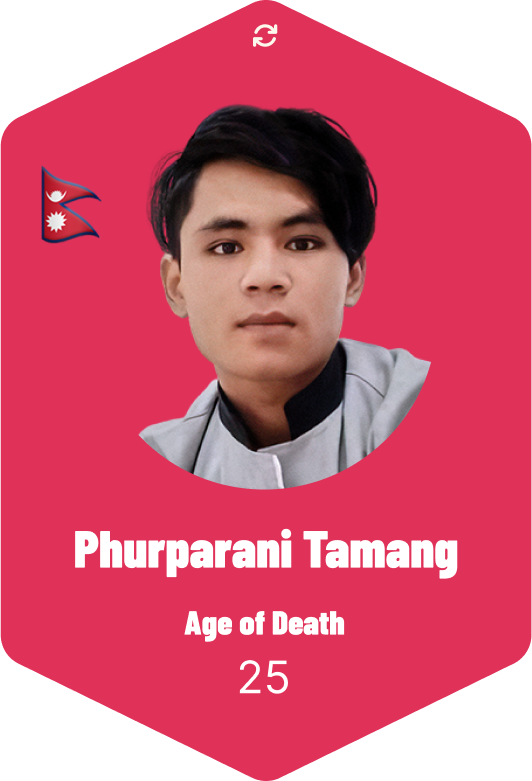 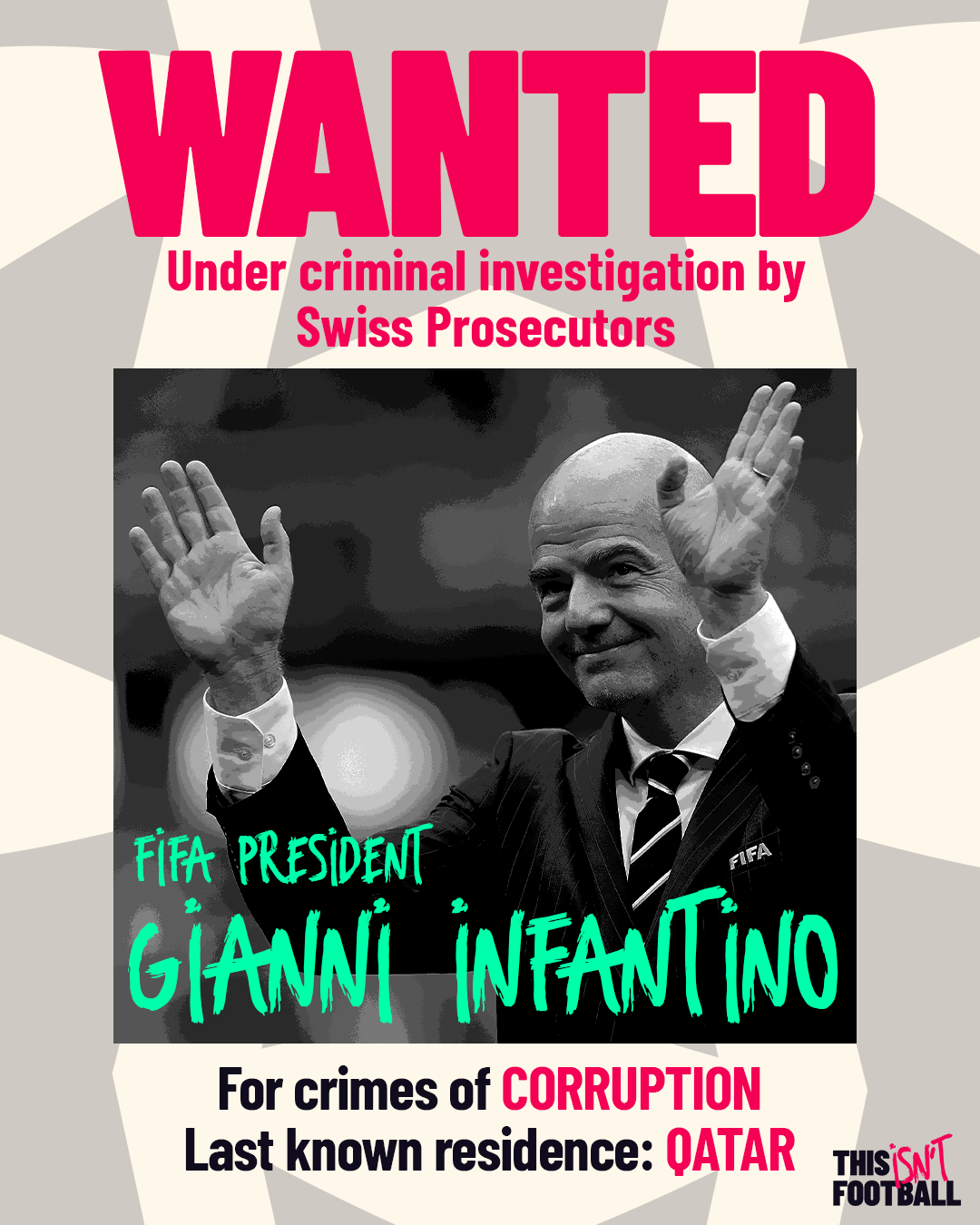 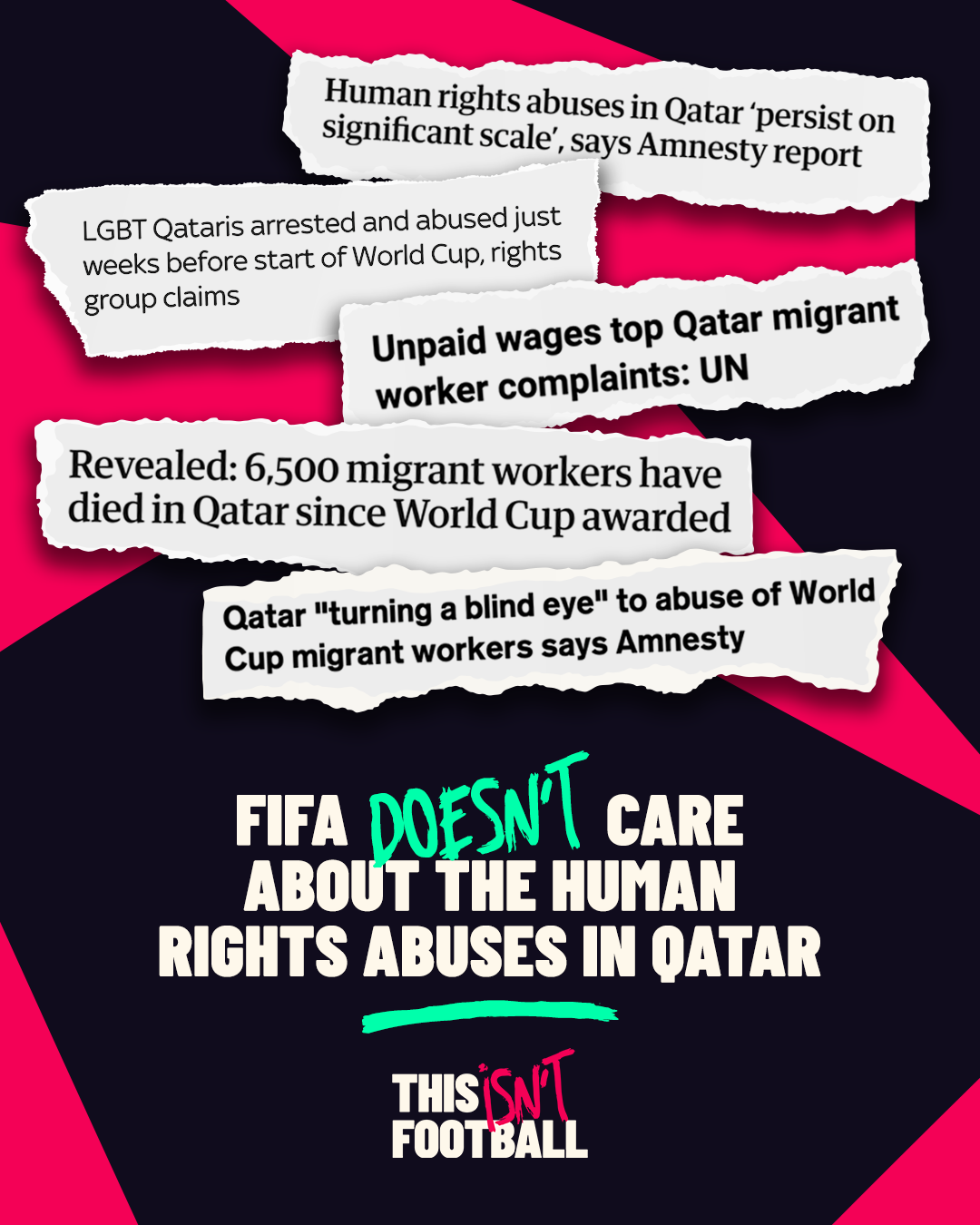 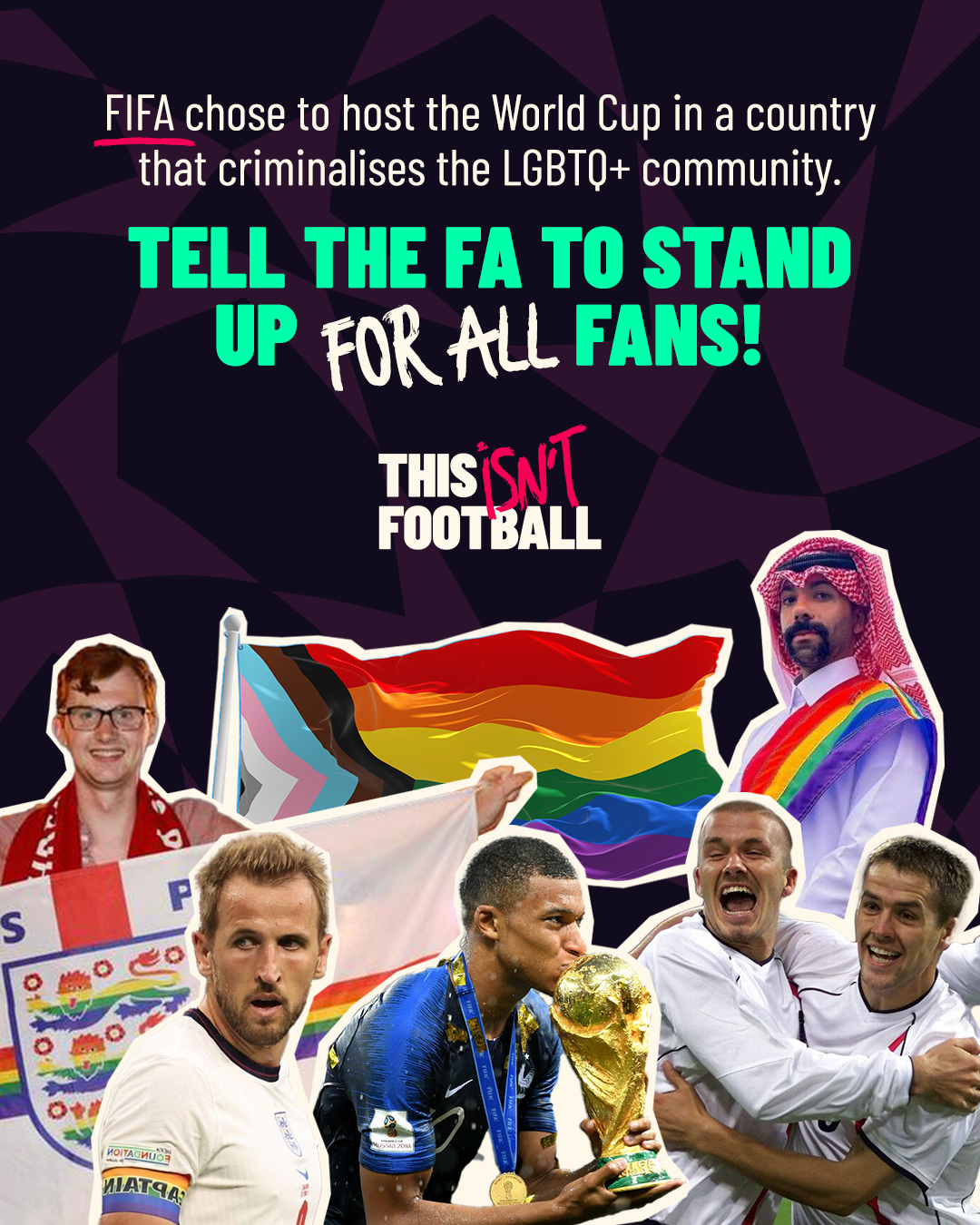 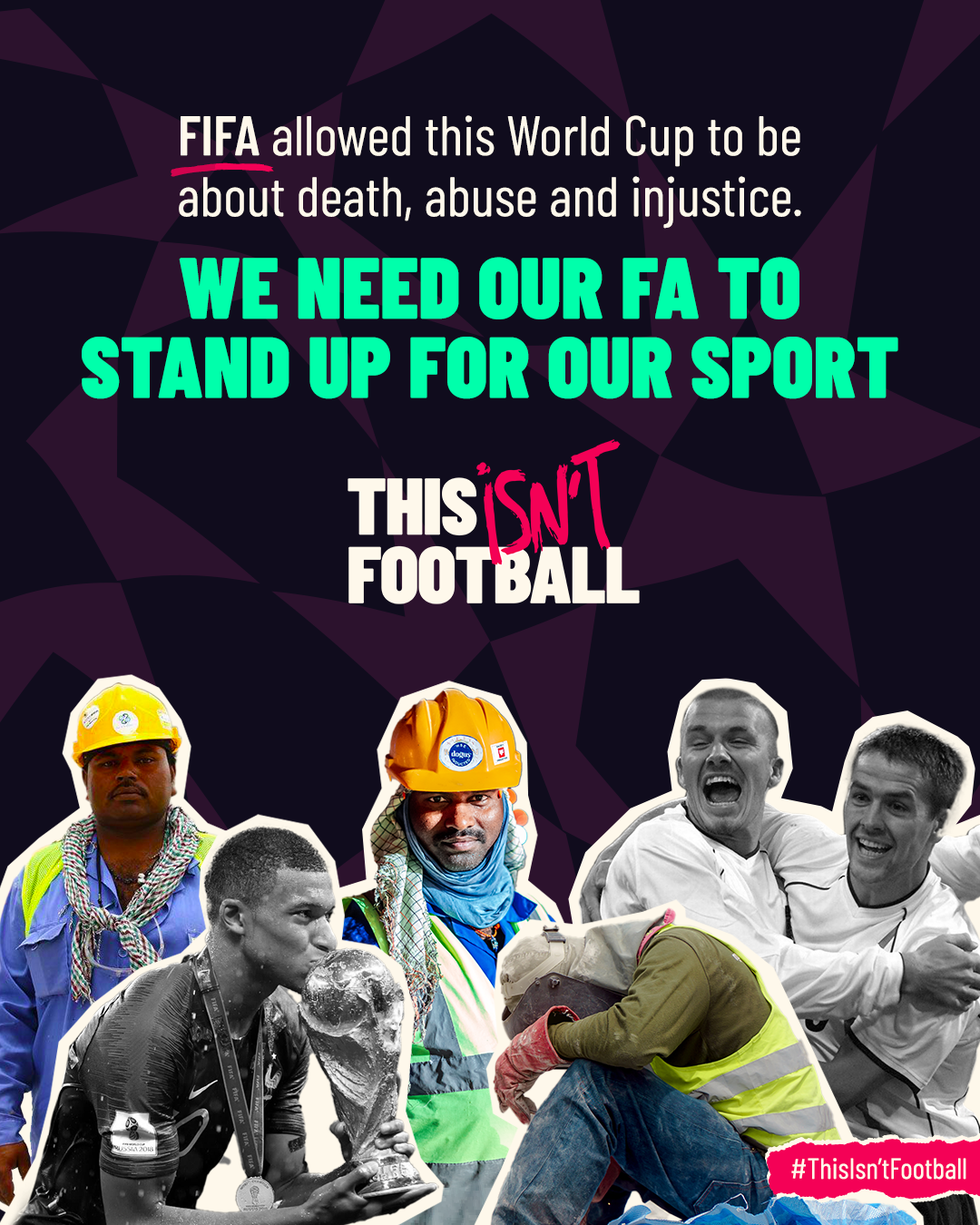 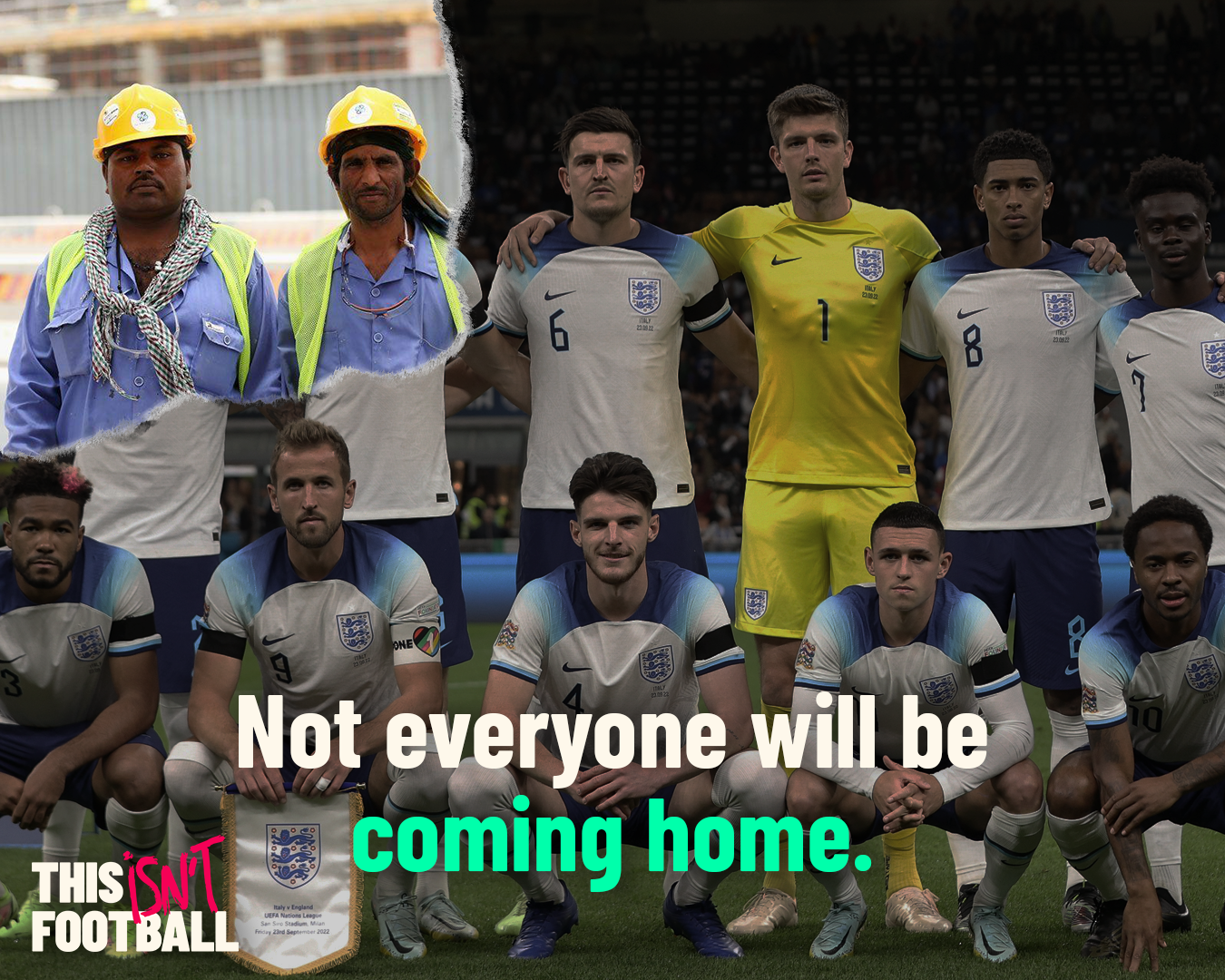 To Mark Bullingham and the FA,

I am appalled at the FA’s decision to withdraw from wearing the One Love armband at the World Cup. This tells fans across the country that the FA is unwilling to take even a minor stand against Qatar and FIFA in solidarity with the LGBTQ+ community.

This total lack of respect from FIFA, combined with continuous reports of worker exploitation amounting to forced labor and migrant worker deaths, has forever tarnished this World Cup.

What we have seen over the past days, months, and years, only highlights how completely inappropriate it is for the World’s biggest football competition to be taking place in Qatar.

Whilst you have made statements over the past month outlining the need for compensation and your support for LGBTQ+ rights, I hope you agree that there is much more that can be done. The tournament will end on the 18th of December. After that, attention will move on and thousands of migrant workers will be completely discarded.

I therefore ask that you to support the This Isn’t Football campaign and:

I am in no doubt that you have watched in horror as reports continue to emerge covering the extent of the human rights violations that migrant workers have faced in building this World Cup. As an England football fan, I am asking you to stand up for the values our sport should represent.

I look forward to your response and I’m hopeful for your meaningful action.